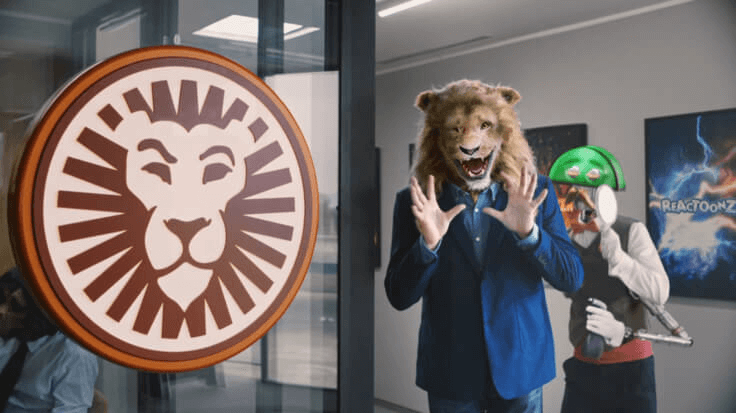 For the first time, LeoVegas, one of the most successful Indian casinos, launched a global marketing campaign called LeoUniverse. This is a new commercial concept that is expected to create a unified communication strategy consistent across the online casino’s markets.

The LeoVegas new commercial was initially broadcasted on Danish and Swedish Television. It will also be launched across all available media formats, channels and sectors. The LeoUnivese campaign will be used to promote the LeoVegas platform as a responsible online casino brand that offers entertainment in a safe gaming environment.

The new commercial concept of LeoVegas casino combines humor and entertainment in high-quality production. They portrayed the character of Leo working as the company’s fictitious Chief Entertainment Officer.

In the said commercial, you will also find familiar characters of some of the most iconic games that can be played on the LeoVegas platform. Some of the characters are working in the company while most of them are making a mess. It indeed brings both laughter and entertainment.

According to Sarah Krusell, the Marketing Production of LeoVegas, the said commercial will bring their members to a whole new Universe. She explained:

”Offering the best customer experience starts with our marketing.”

“With this new concept, we invite our customers to a completely new ’LeoUniverse’, a world filled with entertainment, excitement, and humor. We will get to know several new characters but also meet familiar faces from our most popular games,” Krusell added.

The LeoVegas’ LeoUnivese campaign was created and produced with the company’s partnership with advertising agency Uncle Grey. The said agency is currently based in Copenhagen and had also created a different campaign for some of the famous brands like Burger King, Canon, and Carlsberg, just to name a few.

”Working to develop the new global creative concept for LeoVegas it became clear that the heart of their offering is highly aligned with the entertainment industry. And obviously, their brand universe should be an extension of that feeling”, said Lars Samuelsen, Creative Chairman of Uncle Grey.

Krusell also added that they wanted to introduce a concept that will be appreciated by people which is not common in the iGaming industry.

“Our industry has historically not maintained a high enough level when it comes to advertising and marketing. Instead of being the loudest, we hope to now be able to introduce a concept that people actually appreciate and find entertaining. With more relevant content, we can responsibly build an entertaining brand,” Krusell said in a press release.

LeoVegas is one of the most prominent online casinos in India. The company was founded way back in 2012. They acquired a license from Malta Gaming Authority. Aside from India, LeoVegas online casino is also popular among players in the United Kingdom, Sweden, Norway, and Finland.

LeoVegas casino was recently named Casino Operator of the Year at the SBC Awards 2020. The casino held the said title for a second year now.

LeoVegas casino is known for its mobile-optimized platform. Members can play access and play casino games straight from smartphone browsers. They also offer mobile apps that can be downloaded for free.

One of the iconic features of the casino site is the Multiplay function. With this feature, players can play up to three casino games simultaneously on one device. This will be very convenient in playing online slot machines. This can be done by setting the game on autoplay. The Multiplay feature can also be used to change the display between portrait and landscape mode.

If you are leaving in India, you can use Visa, Mastercard, Trustly, Skrill, Neteller, MuchBetter, AstroPay Card, and EcoPayz as payment methods. They support Indian Rupees. The minimum amount you can deposit and withdraw from the casino is INR 1000. If you win a big amount, you are also allowed to withdraw up to INR 1,000,000 in one transfer.