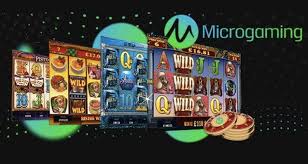 This is indeed a brand new year for online gambling in India. Just like the past years, the Indian casinos aren’t expected to slow down any time soon. Both Indian casinos and casino online game developers are showing a promising start. And if you are a fan of Microgaming products, this casino news is for you.

Microgaming, a giant online gambling game creator, and its ever-expanding networks have provided a sneak peek at what they can offer to players this year. The giant developer and its network revealed their lineups of online gambling games for January.

If you are looking for the best online casinos games, we would like to inform you that a few of these games are already live and can be played in some online casinos in India 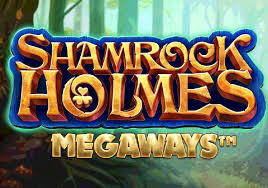 Shamrock Holmes Megaways is the first slot offering of Microgaming for this year. The game was released by its partnered studio All41studios. This casino online game is highly volatile built with 6 reels with over over 110, 000 ways to win.

Shamrock Holmes Megaways has two main bonus features namely the Magic Forest Respin and the Free spin game. During the base game, the respin feature can be triggered by landing 3 gold shamrock coin scatters pixie, leprechaun or pixies plus leprechaun symbols. When these symbols landed on the reels, this will give you extra spin after the regular spin.

To activate the free spin feature of Shamrock Holmes Megaways, you need to land four scatter symbols with Shamrock Holmes and the pixie symbols showing up in the top row. When triggered, this will award you 10 to 14 extra spin with an initial multiplier of x2 for all wins. The multiplier is increased by 1x after every winning spin. 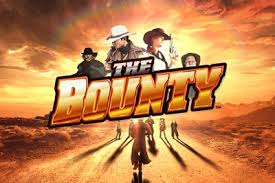 The Bounty is a Wild West-inspired slot title. The player who will play this game will have to track the criminals on the reel. If the players managed to collect six matchings wanted posters, they will win the jackpot. The game has also extra spin feature that can be triggered when players land a trio of Ambush Bonus symbols. Players can win unlimited win multipliers and extra spins during this round.

Foxium’s Foxpot is another new slot releases under Microgaming Brand. This is a 3-reel slot with only one active payline. Despite the game’s single payline, the Foxpot is a unique slot game. It has Special symbols, multipliers, and Fox Wheel which comprises three possible jackpot awards.

Hyper Strike, a slot game created by Gameburger Studios is also a must-try slot in Microgaming game section. This new slot game is more straightforward compared to the first titles mentioned in this list.  The game is consists of 5 reels and 3 rows with 20 paylines. The game promises 2,000 times the stake for the jackpot. The main attraction in this game is the gold star wild that can pay up to 125 times the stake on each line.

A day after the Hyper Strike released, Neko Games‘ Pachinko will also be launched under the Microgaming section. This real money video bingo game is inspired by Japan’s favorite mechanical game – Pachinko. This game is like a slot machine and pinball combined. In Neko Games‘ Pachinko, you can use extra balls for extra spins. The goal is to locate prizes hidden behind Maneki Nekos. 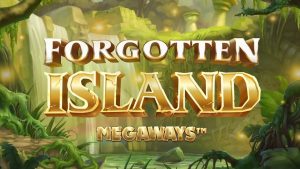 All41 Studios’ Forgotten Island Megaways is the second Megaways slot of Microgaming for this year. This real money slot is loaded with outstanding features such as including Rolling Reels, extra reels, and Kong Spin. Players can win a special multiplier also when the gigantic gorilla awakens.

Before the end of the month,  Animals of Africa from Gold Coin Studios and Roulette x5 out of Golden Rock Studios will be released under the Microgaming brand. These two awesome online gambling games will be released on January 28.