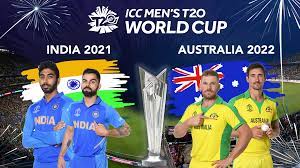 International Cricket council finally announced the new schedule of the most awaited T20 World Cup 2021.  The awaited cricket tournament is set to run between October and November 2021 in India.

There will be 45 cricket game to be played in the series.

Time is the biggest pressure in these cricket events. To recall, the cricket tournament was originally scheduled to be held in Australia from 18 October to 15 November 2020 but was postponed last year because of the outbreak. Furthermore, India will also major domestic cricket games like the Indian Premier League 2021.

There will be 16 teams that will be competing in this much-awaited cricket event.  This will include the full members and regular Test-playing nations such as Afghanistan Australia, Bangladesh, England, India, Ireland, New Zealand, Pakistan, South Africa, Sri Lanka, and West Indies.

Teams from Namibia, Netherlands, Oman, and Scotland are the ICC T20 World Cup qualifiers. We will also witness this year the debut of the team of Papua New Guinea in the ICC tournament.

While the schedule of events has already been released by ICC, the officials have yet to release information ICC T20 World Cup 2021 ticket information. ICC hasn’t released yet details on when, where, and how can fans buy tickets to the tournament, or whether they will allow them to enter the stadium.

ICC also revealed that confirmed last year that Sri Lanka and the United Arab Emirates were being considered as back-up venues for the tournament.

People who wanted to participate in cricket online betting will need to do a lot of research and preparation for the upcoming ICC Men’s T20 World Cup. There will be 16 national teams that will be competing in this event.

Team India is clearly one of the favorite teams online cricket betting right now. The team is currently ranked third in the ICC T20 rankings. Not to mentions, home advantage does always count in big events like this.

We can remember that in 2016, India also hosted the ICC T20 World Cup. Back then, West Indies bagged the trophy after defeating England by four wickets. The team West Indies is currently ranked 10th in the world.

The team Australia is considered to be one of the powerful teams in the series. The team currently sitting on the top of the table with 275 points. They are no doubt one of the favorite teams for online cricket betting this season.

Team England will also be a tough contender for the trophy. The team currently ranked second with 274 points.

Below is the complete ICC T20 World Cup 2021 Team Rankings for you to be guided in your cricket bets.