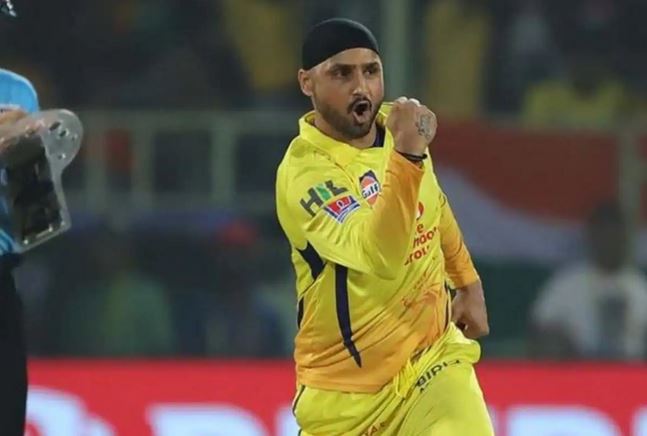 Players who will participate in online cricket betting in the Indian Premier League this year need to know this. Veteran Spinner, Harbhajan Singh is set to leave Chennai Super Kings ahead of the IPL 2021 after his three seasons with the franchise.  The 40-year old spinner has confirmed that he will be leaving the franchise through a social media post.

In his tweet last January 20, Harbhajan expressed gratitude to the Chennai management, staff, and his fans for beautiful memories.

Harbhajan wrote: As my contract comes to an end with @ChennaiIPL, playing for this team was a great experience. Beautiful memories made and some great friends which I will remember fondly for years to come. Thank you @ChennaiIPL, management, staff, and fans for a wonderful 2years.  All the best.

Also fondly referred to as Bhajji’, Harbhajan joined the Chennai Super Kings in IPL 2018 for Rs 2 crore. IN IPL 2019, Harbhajan helped his team to reach the final scoring 16 wickets in 11 matches. Harbhajan didn’t participate in last years’ IPL tournament. Though he was part of the squad, he did not travel to United Aram Emirates (UAE) citing personal reasons.

Harbhajan is expected to be one of the most sought-after players in the upcoming IPL 2021 player auction. He has recorded some of the most outstanding scores in his IPL career. Harbhajan is currently the fifth-highest wicket-taker in the history of the IPL and has taken 150 wickets at an average of 26.44.

3 teams that may take Harbhajan Singh for IPL 2021

According to analysts, Kings XI Punjab, Rajasthan Royals, and Mumbai Indians are the three teams in the IPL 2021 that may be interested in taking Harbhajan.

Kings XI Punjab has three spinners namely Murugan Ashwin, Ravi Bishnoi, and Harpreet Brar. However, Ashwin and Bishnoi are both wrist spinners. Brar, on the other hand, is still inexperienced which only played 3 games in 2 seasons while he has been part of the team.

For the team of Rajasthan Royals, Mayank Markande and Shreyas Gopal are both leg-spinners. Mayank didn’t play in last year’s IPL while Gopal had a poor performance which only picked 10 wickets out of 14 matches last year in UAE.

How Chennai Super Kings is building their team?

Chennai Super Kings will have to find a replacement for not just opener Shane Watson, who retired from all forms of cricket last year but also Harbhajan.

There are reports that the franchise will take leg-spinner Piyush Chawla and batsman Murali Vijay ahead of the new season to bolster their remaining purse for the player auction.

Chennai Super Kings had a sluggish performance in last year’s IPL. The team finishes at a disappointing seventh spot.

The IPL auction this year is set to take place on February 18 in Chennai.

IPL cricket tournament 2021 is scheduled tentatively for 11 April 2021 with the first game played between Mumbai Indians and Delhi Capital. Its Final game is expected to take place on 6 June 2021.

The official reminded that changes in schedule may happen, but they cannot delay the game much longer, as India will also host the ICC Cricket T20 World Cup 2021. This is good news not only for the fans but also for the bettors who are itching for Cricket online betting action.

While the Board of Control for Cricket in India (BCCI) already announced the tentative date for the awaited tournament, there is no information yet about the venue. There are speculations also that IPL 2021 may not take place in India.

In the IPL Governing Council meeting last January 6, the official said that they are open to other options. The country of United Arab Emirates (UAE), where the last season was held, is clearly of the said options.