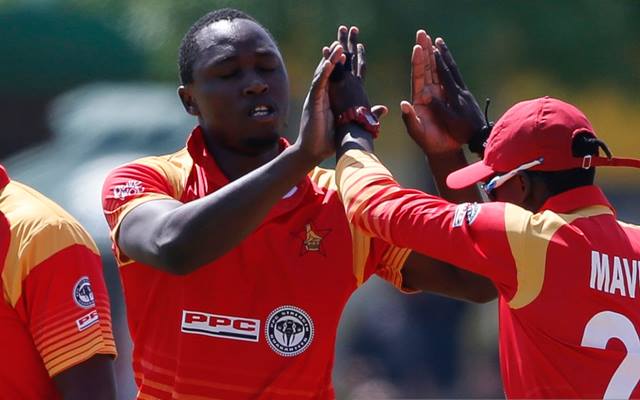 This is huge cricket news for all the fans of the Zimbabwe cricket team. Veteran player, Elton Chigumbura is retired from the International Cricket tournament after the end of the T20I series against Pakistan. This is according to the social media post of Zimbabwe Cricket last year. Cricket betting odds are affected by his retirement from the game.

“Former @ZimCricketv captain Elton Chigumbura is set to retire from international cricket at the end of the current @TheRealPCB tour. He has made 213 ODI and 14 Test appearances, with 54 T20Is under his belt before the start of his swansong series,” Zimbabwe Cricket tweeted.

Chigumbura, an all-rounder player will his16-year international career that began in 2004. He has played 14 Tests and 213 ODIs, with 54 T20I matches before the start of his farewell series.

Chigumbura’s injury is one of the reasons for his retirement according to his team.

“Injuries had continued to take a toll on him [Chigumbura] as well as to pave the way for young blood in the national side,” Zimbabwe said in a statement.

Before the start of the first T20I against Pakistan, the 34-year-old all-rounder had accumulated 5,761 runs on the international scene. Chigumbura had also amassed 138 wickets, two tons, and 26 half-centuries across all formats. He also led Zimbabwe in 62 ODIs and 18 T20Is.

Chigumbura is also only the second player from Zimbabwe to achieve a double of 4000 runs and 100 wickets in ODI cricket, after Grant Flower.

In the 2007 ICC Men’s T20 World Cup, Chigumbura played a vital role in his side’s famous upset victory over Australia. He returned bowling figures of 3/20 from three overs.

Chigumbura was only 15 years old when he made his first-class debut for Mashonaland. He then Zimbabwe in two consecutive Under-19 World Cups. He took four wickets in their upset win over Australia in the Under-19 World Cup in Bangladesh.

In March 2010, Chigumbura became an overseas player for Northamptonshire County Cricket Club giving him the chance to return to England after having a short spell at Eppleton Cricket Club.

In the 2017–18 Pro50 Championship tournament, Chigumbura was the leading run-scorer for Mashonaland Eagles with 243 runs in seven matches.

Chigumbura is known for its aggressive play as a batsman. He is strong on the lofted drive and he consistently clears the fence in ODI with his big-hitting in the final overs. However, aside from being a batsman, he is also a good seam bowler. In fact, he is regarded as being his country’s fastest in the current squad, clocking at more than 140 km/h when at his peak. He is also an athletic outfielder, who once took 4 catches in an ODI against the West Indies at Queen’s Park Oval.