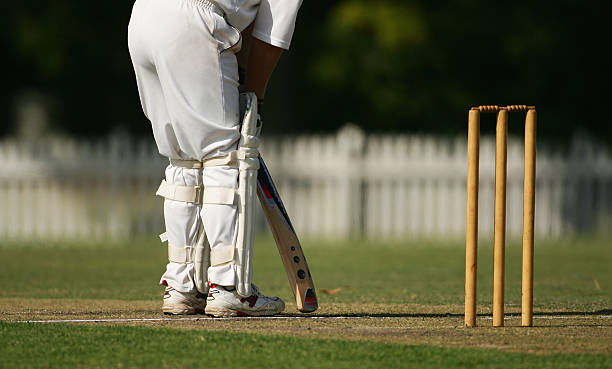 Cricket is one of India’s most beloved sports. It has a large following, local tournaments, and India even participates in international cricket events. Due to the popularity of the sport, cricket online betting in India is also immensely widespread among the different sports gambling categories. If you’re interested in breaking into this growing market for cricket betting, the first thing you’ll have to become an expert in is cricket rules and regulations. One of the key things to a cricket betting guide is that it shows you not only how to bet, but how to play. Understanding how a sport works and being able to put yourself in the players’ positions is one of the best ways to discern the outcome of a game.

The game is played by two teams who have 11 players each. One side takes turns to bat a ball in order to score runs, while the other team bowls and fields the ball in order to prevent their opponent from scoring. The main goal is to score as many runs as you can over your opposition. Who will bat and who will field first is usually determined by a coin toss before the game begins.

A match is divided into time periods called innings. The number of innings a team gets is determined by a match but is usually between one or two. For each inning, a team will bat and the other will field, and they will alternate roles between innings. 11 members of the fielding team must be present during the game, but only two of the batting team are permitted on the playing ground to provide obstacles to their opponents. One player from the fielding team will be the bowler, while the other team is the fielders. The bowler will try to hit the wicket with a ball. The fielders will try to catch the ball if it misses the wicket.

What equipment do you need to play cricket?

The first thing you’re going to need is a cricket bat. This is the stick that players use to hit the ball in order to score runs. The official rules dictate that a standard cricket batch cannot be longer than 38 inches lengthwise, and 4.5 inches widthwise. It may weigh anywhere within a range of 1 kg to 2.5 kg. If you’re just starting out with cricket, most experts recommend using a lighter bat to help keep you mobile and give you better room to exercise your ability to control your swing. Most players prefer bats that weigh between 1 to 1.8 kg.

The other key tool in the game is the cricket ball. This is usually a red or white leather ball. Red is usually used in matches that will last a long time, which can be up to five days. On the other hand, a white ball is used for matches with shorter formats. For your first cricket game, experts do not recommend an actual cricket ball, as it may be quite heavy. Beginners are advised to practice with tennis balls or rubber balls. This will help you get comfortable with the sport and its necessary forms.

Next are the stumps, which are the wooden sticks stuck into the ground to support two bails and form a wicket. Two wickets are put on either side of the cricket pitch. A stump cannot be longer than 28 inches tall and 9 inches wide.

A cricket ground is shaped like a sphere. Batsmen play on the part of the spherical field called the pitch. in international standard cricket, the pitch is a rectangle measuring 20 meters long and 3 meters wide. The pitch quality is highly important because it determines how the ball moves, and how well players can bat. Take into consideration the field’s quality when making cricket bets. If pitches are dry and hard, this may be to the advantage of fast bowlers. Other conditions may work for batting, while others are good for spin bowling.

The cricket pitch is marked in different places to suit the game’s many parts. Wickets are placed on either end of the pitch. On the bowler’s end, the bowling crease is 8.8 feet in length. Their popping crease is the area directly parallel to the bowling crease. This is where they must remain when releasing a ball.

Cricket betting does not have to be for veteran fans only. People who are curious about the game can get in on the gambling action too, especially since cricket’s popularity has made it such a lucrative betting field. However, it’s never too late to learn a new sport, and knowing how a game works increases your ability to analyze a sport from a betting perspective.