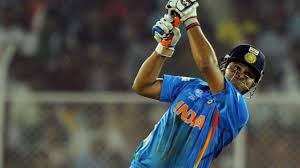 After announcing his retirement from international cricket in August last year, India’s Left-handed batsmen Suresh Raina has been confirmed to return to competitive cricket this year. Raina was will be participating in the Syed Mushtaq Ali T20 tournament for Uttar Pradesh and the upcoming Indian Premier League (IPL) 2021.

Raina also said that he is looking forward to playing cricket IPL for the next four to five years.

All punters who will be participating in cricket online betting will have to consider the return of Raina in professional cricket. The 34-year old batsman is the second-highest run-scorer in the history of the IPL cricket and is only behind Virat Kohli. He is also the first Indian batsman to hit a century in all three formats of international cricket

Raina is confirmed to play in the Syed Mushtaq Ali T20 tournament. But the veteran batsman is going to be the captain of Uttar Pradesh. Young Priyam Garg has been appointed to lead the team. He had also led India U-19 in the junior World Cup earlier this year.

Raina hasn’t played a professional cricket game since the IPL 2019 final. In August 2020, the veteran batsman announced his retirement from international cricket through a social media post.

Raina was ruled out in the cricket tournament due to the knee injury he has sustained in IPL 2019.  He underwent surgery in the same year and missed some of the league that year.

Raina was scheduled to play for Chennai Super King in last year’s IPL game but the veteran batsman withdraws before the start of the season. Raina returned pulled out from the league and returned to Indian citing “personal reason”. According to him, he had to come back to his family as there was something that needed to be addressed immediately.

Before the end of 2020, a top official from Chennai Super King confirmed that they are looking to have Raina on board again in IPL 2021.

The official quoted in news site Mumbai Mirrors: “He will be with us. There are no plans to part with him.”

Raina has represented Chenna Super King in all 10 seasons the team has been a part of the Indian Premier League. He has been on the team side right from the inaugural season of IPL in 2008.

Raina is also considered one of the best players on the team. He is the franchise’s top-scorer with 4527 runs for the three-time champions in IPL.

When Chenna Super King was banned from the IPL in 2016 and 2017, Raina was appointed as the captain for Gujarat Lions.