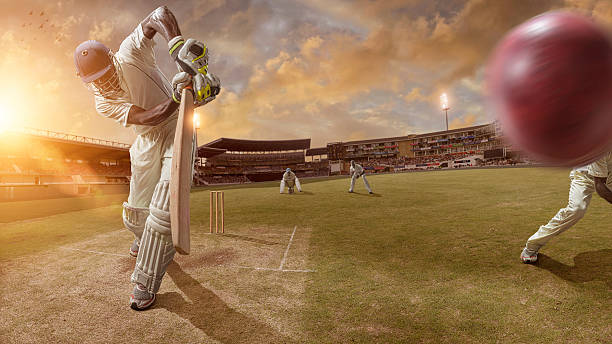 Several cricket tournaments in India had been shut down in 2020 because of the outbreak. Going into 2021, India is setting the stage for a come of the sport with back to back cricket tournament. Both the International Cricket Council (ICC) and Board of Control for Cricket in India (BCCI) had started releasing time table and scheduled of cricket games that will take place in the country.

Team India is expected to play 14 test matches, 16 ODIs, and 23 T20s this year. This because of the tournaments such as the Asia Cup, ICC World Cup, and IPL that will be run in 2021. This year is definitely going to be the busiest not only for cricket players of India but also for all bettors around the world who wanted to participate in cricket online betting.

If we are going to look for the numbers, it’s 109 days of cricket game for the year and 60 days of IPL excluding major tournaments, that is over 1 match in every 3 days!

Cricket Schedule in India in 2021

For your to not miss any cricket online betting events, here are all the cricket tournament that will be played this year in India. We also include a few major cricket tournaments outside the country where teams is going to compete.

ICC World Cup Super League is an ongoing cricket tournament that started in July 2020 and is expected to end to end on March 2023. There are 13 teams currently playing in the bilateral series to qualify for the ICC Cricket World Cup 2023.

The cricket tournament was originally scheduled to run from 19 November to December 7, 2020. But due to the health restriction in the country, BCCI decided to delay the domestic cricket season until January 10. The cricket series will be played by 38 teams, split into 6 groups. The Syed Mushtaq Ali Trophy will give the players an opportunity to showcase their skills for the auction process for the IPL tournament 2021.

The India Vs England series will comprise of 12 matches. With India being the host of the cricket tournament, the series will have 3 tests, 4 ODIs, and 5 T20 matches. The tournament is part part of the ICC FTP fixtures and part of the inaugural 2020–22 ICC Cricket World Cup Super League, The bilateral series is scheduled to run in February, right after the India VS Australia series and before IPL 20221.

The Indian Premier League 2021 is one of the most awaited domestic cricket tournaments in India. To recall the IPL 2020 was postponed for several months and was resumed in September last year. The tournament ended in November with Mumbai Indians as the big winner. The IPL cricket game this year is scheduled tentatively on April 11 and a total of 60 matches are expected to be played. There will be 8 teams that will compete for the crown. The league will have a mini-auction by mid of February.

There is no schedule yet for the India tour of Sri Lanka but since the series is part of the ICC FTP fixtures and part of the inaugural 2020–22 ICC Cricket World Cup Super League, the tournament is expected to take place before the year ends. Sri Lanka will host the tournament and is expected to have a total of 8 matches including 5 T20s and 3 ODIs.

There is also no complete schedule for the India Vs Zimbabwe series, but it is expected to start in July 2021. The tournament is expected to have 3 ODIs initially in this period. The schedule for a warm-up and T20 matches are yet to be finalized. To recall, a 3-match T20 series was scheduled last year for this tournament but it was postponed. This event is part of the Future Cricket Tour Programs (FTP) which has been prepared by the International Cricket Council (ICC), BCCI, and Zimbabwe Cricket Boards.

Team India will have to fly to England for the India Vs England test series. The event is expected to five matches and will be counted for World Test Championship.

Team South Africa will visit India for the India Vs South Africa 2021 series. This is a crucial match between the two teams as it will be the final series before the World Cup T20I. The India-South Africa Tour is expected to have 3 ODIs and 5 T20 mathces.

The T20 World Cup is scheduled for October to November 202. Australia will host this big event and 12 teams will be competing for the crown. The event is expected to last in 2 months.

It’s also going to be a busy year indeed in Cricket world. After hosting South Africa and T20 World Cup, India will also host the India-New Zealand tour. There is not enough information about this game but it is expected to happen this year.

Changes may happen for this Cricket Schedule for this year, but India Vs South Africa is expected to be the last game that Team India will play for 2021. After a tiring 11 months, India this time will fly to Africa. Both of the team will play 3 test series and three T20 matches