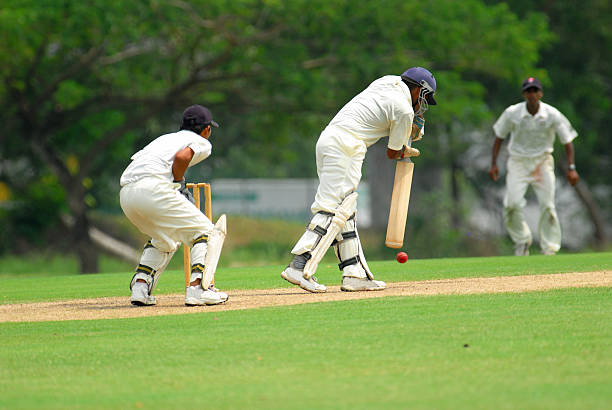 This is definitely not a good cricket update to all fans and punters who want to participate in cricket online betting for Ranji Trophy for this year. After 86 consecutive years of the cricket tournament, India’s premier first-class cricket national championship will not happen this year. Board of Control for Cricket in India (BCCI) confirmed in a letter addressed to all its affiliated state associations.

BCCI decided that instead of Ranji Trophy, they will conduct the Vijay Hazare Trophy 50-over tournament and Senior Women’s One Day tournament after the completion of the Syed Mushtaq Ali Trophy T20 tournament.

In a letter that was released last January 29, BCCI secretary Jay Shah highlighted that the board doesn’t have enough time to conduct the Ranji Trophy after they lost a lot of time when the government issued a restriction on gatherings.

Shah also wrote that it is important for the board to conduct women’s cricket this season.

“It is extremely important for us to ensure that women’s cricket takes place and I am extremely happy to inform you that we are going to conduct the Senior Women’s One-day tournament simultaneously with the Vijay Hazare Trophy and follow it up with Vinoo Mankad Trophy Under 19. This has been decided after having received your feedback on the domestic season 2020-21,” Shah wrote in the letter.

Shah also added that the board is having a difficult time planning the cricket calendar for this year.

“As you are aware, we have lost a lot of time and consequently, it has been difficult to plan the cricket calendar on account of the precautions that are necessary for the safe conduct of the games, “Shah wrote.

In a media interview, the president of a state association said that all the signs that BCCI will not stage the Ranji trophy had been there since the beginning.

“BCCI secretary Jay Shah’s letter to the states doesn’t mention the words ‘Ranji Trophy’ even once. But he spoke to the states on phone and said that the Ranji Trophy would not be held this season. It is, however, not there is black and white,” he said referring to the letter.

Even though the board didn’t stage Ranji Trophy, BCCI still decided to compensate domestic players approximately Rs 45000 a day, which is the match fees they would have earned during the Ranji Trophy.

No target date and venue yet

While the board decided to conduct the two women’s cricket tournament after the completion of the Syed Mushtaq Ali Trophy T20 tournament. Shah didn’t mention any information about the target date and venue of the tournament.

The Syed Mushtaq Ali Trophy finals had already been played last January 31 with Tamil Nadu hailed as the winner.

The venues and the date are expected to finalize in the coming weeks. The Vijay Hazare cricket tournament is expected to run for a month.

The BCCI is running short of time as the Indian Premier League (IPL) is scheduled tentatively for 11 April 2021 with the first cricket match between Mumbai Indians and Delhi Capital.

This means the franchises and the domestic players that will participate in the league will have to be available to play in the T20 league.

The cricket tournament is currently played by 38 teams, with all 28 states in India and four of the eight union territories having at least one representation.

With its long history and a big number of participants, the Ranji Trophy is also one of the most awaited domestic events for cricket betting in India.

This is the first time that the cricket tournament has been canceled since its inception. In last year’s game, Saurashtra claims the title of Ranji Trophy after defeating Bengal.