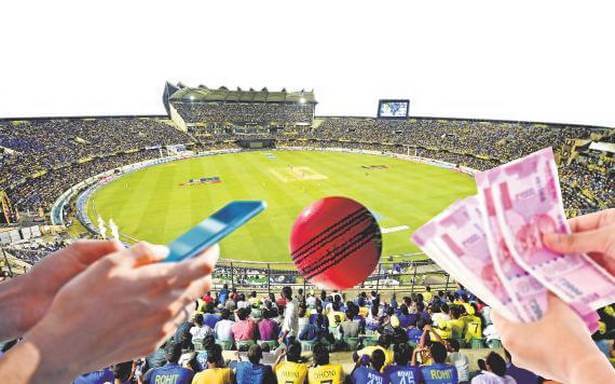 Cricket is one of, if not the most beloved sport in India. People all over the world watch IPL cricket games and participate in cricket betting in India at the best online gaming websites. If you’re interested in the sport and in cricket betting, here’s an interesting timeline of the sport’s history within the country. Cricket evolved from a foreign game introduced by the country’s colonizer into a sport that the country takes pride in on a global stage.

Cricket was initially an English invention, devised during the 16th century. Since India was a significant part of the British Empire as one of its major colonies in Asia until 1947, the game was naturally introduced to the territory. There is no recorded date that details when India adapted the sport, but it is known that the first officially recorded cricket game in the country was in 1721. A group of English sailors from the East India Trading Company had a match against one another in Western India, specifically in Kutch.

Eventually, cricket caught on and became popular all over the country. India’s first official cricket team was formed in 1848. It was called the Oriental Cricket Club or OCC, and had origins in Mumbai’s Parsi community. The Oriental Cricket Club was skilled enough to gain international recognition, to the point that they were invited to play in Europe at one point. After their success, it was as if the team had paved way for more Indian cricket teams to emerge. This included Calcutta, which is now called Kolkata, officially heralding India’s commitment to sport internationally.

India was granted a test match status in 1932. Here, they played England’s international team at Lord’s, traveling as far as London to play with the world watching. Since then, the country began to expand its own local competitions to encourage the sport to flourish nationally, and to add more teams and players to its growing roster.

Since India played impressively in Test matches against Pakistan and New Zealand, a few Indian princes banded together and introduced the Ranji trophy in the year 1935. Named after the prince of Nawanagar, Sir Ranjitsinhji, the competition became an iconic one in the Indian cricket community. Sir Ranjitsinhji played for the English team, but was considered one of the world’s finest batsmen, and became a sports hero and icon to those from his home country.

Though India hosted its first Test series in 1932, it would not gain as much recognition globally until 1952, when the Indian national team beat the English cricket team on home soil. After this, the Indian team went on to win the entire Test series later in the year in a match against Pakistan. From here on out, India became a force to be reckoned with when playing international team on their own home ground. The Indian cricket circuit became famous for their top quality players. The national team would go on to win a number of Test series from the 60s and 70s.

Upon the introduction of One Day Internationals, India needed to adapt their defensive tactics to accommodate more offensive, attacking strategies. This turnout to be a good move, because in 1983 the Indian team defeated the West Indies in the third ICC Cricket World Cup, despite the latter being the tournament’s favorite.

From the late 20th century to the 21st century, India became the home of many of the sport’s most iconic players, such as Sachin Tendulkar and Kapil Dev.

The origins of the Indian Premier League

The BCCI decided to maximize the sport’s growing popularity in 2008, building on the popularity of the new Twenty20 format. Thus, India finally had their own cricket premier league. The IPL lasts from March or April until May. It is an annual competition between eight teams playing each other in league format. The outcomes of these matches determines which teams make it to the playoffs and finals. The IPL costs an estimated $400 million dollars, with revenue growing to be worth billions through the years. The IPL is a world-loved tournament and is regarded by many to be the highest-quality domestic cricket league anywhere in the world.

Given cricket’s rich history and success within the country, it is no wonder that cricket betting is so immensely popular. The thrill of gambling on outcome and testing one’s knowledge of the game is deeply ingrained in love for cricket. That’s why online casinos provide online betting for cricket in India— to nurture the country’s love for the sport.