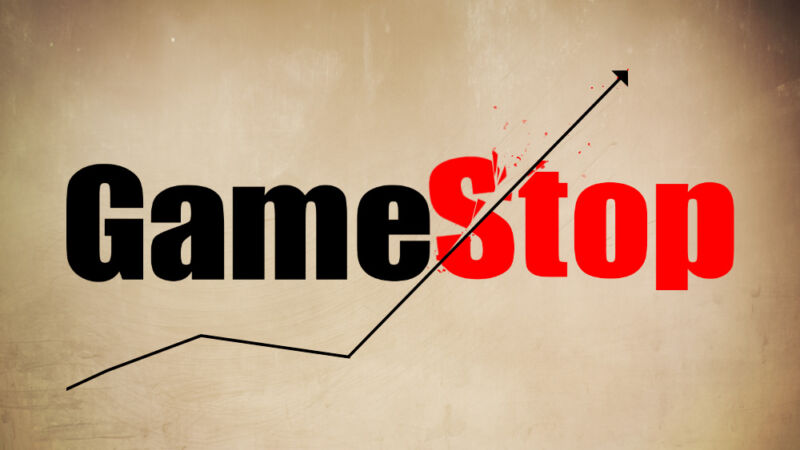 The explosion of GameStop stocks as a result of a scheme spawned in a Reddit forum has made headlines everywhere, raising an endless stream of questions about the nature of the market and bringing the discussion to mainstream platforms. The situation is almost comparable to real online gambling at a casino game, given its wild and unpredictable nature. However, even safe online casinos have less drama than what is unfolding between the members of the r/WallStreetBets and the hedge funds going after GameStop.

Members of this subreddit managed to turn $20 stock of the failing, nearing-bankruptcy GameStop into something worth more than $300. It is currently a once in a lifetime golden opportunity. Many have turned to AMC hoping to get similar results. These are short term investments being used with the intent to make profit once they sell back. The uproar has gained so much attention that even the new administration is watching.

Peter Hanks, an analyst with DailyFX, compared what’s currently happening to sports gambling in terms of its volatility and unpredictability. According to him, The recent GME shares’ behavior goes beyond traditional investment analysis, having evolved into mania. To invest in GameStop at this point in time would be more like sports gambling instead of the usual calculated wagers investors make on company finances and revenue expectations.

The pandemonium has drawn hug players in the game, with even billionaires such as Elon Musk helping skyrocket GameStop stock value and throwing more money into the pot. According to Hanks, the rise of GameStop is akin to a remarkable miracle that will make it to the pages of finance textbooks as well as economic history. It is difficult to predict, as the nature of the stock’s rise is almost completely detached from fundamental valuation methods.

How did this all happen?

GameStop, an electronics retail company, has beens struggling for years. However, since the beginning of the year their stocks have risen by almost 2,000%, with shares worth $350. This is gigantic jump from the $18 a share was worth earlier in the month. As a result, it has generated billions of dollars worth of stock value for current shareholders. It jumped another 100% on Wednesday after Elon Musk, Tesla and SpaceX CEO, contributed to the chaos on Twitter.

The beginning of this story, on the side of the Redditors, may be traced to the hedge fund Melvin Capital’s attempts to short the GameStop stock price. This endeavor spanned months, shrinking GME from $20 to a measly $4 and nearly driving the company bankrupt. Members of the r/Wallstreetbets trading and investing SubReddit noticed that the hedge fund had shorted 140% of available GameStop shares and convinced the others to buy GameStop shares to drive the price back up. This was done knowing that the hedge fund, which had been short selling up until that point, would have to pay back what the shares were worth on a deadline.

The widespread success of this endeavor may have a lot to do with people having a bone to pick with hedge funds. Many of the average-Joe traders and investors on the subreddit who have been pressured to sell have outright refused, claiming that they don’t care about the money and are merely taking a stance against underhanded schemes. Millionaires and billionaires whose own companies have also been threatened by hedge funds have also been getting in on the action. As a result, Melvin Capital is in grave danger. One of their managers admitted that they were facing significant loss in letting go of their GameStop shorts.

Both traders and non-traders are anticipating the next development in this saga, which highlights the increasing power of everyday investors. The movement has currently bdefeated two major institutional investors, and the story remains far from over. Experts are speculating that this has introduced a new level of risk in the market, as the nature of buying, trading, and investing has become closer to gambling more than ever.

The volatility of the stock market has reached dramatic heights, and the incident has made the stakes even more diverse. The GameStop stock saga has shown more than anything that the market is not completely at the mercy of hedge funds and Wall Street giants.