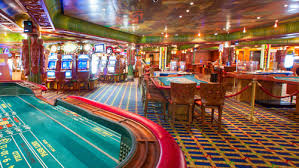 Gambling is gaining a more significantly present stronghold in India. Various developments both online and in land-based casinos have heralded a new era of change within attitudes towards gambling, both socially and in terms of legislation. Not only can you win free casino money at trusted online casinos, you can now also play real money games India at Delta Corp’s new land-based Goa casino soon to come.

Delta Corp Limited, the Indian gaming and hospitality form, announced that it was given the go signal, via a provisional approval, to build and run a land-based integrated casino resort within Goa. A report by Inside Asian Gaming details that the Bombay operator already operates three riverboat casinos within Goa. These include the Deltin Jaqk, the Deltin Royale, and the Deltin Caravela aquatic vessels. Conditional consent from the Goa investment Promotion and Facilitation Board is going to allow the firm to proceed with their plans to build a Las Vegas reminiscent casino in the location of what was previously a Portuguese enclave with various hotels, a slots casino, a cinema, water park, convention center, and retail shopping district.

Delta Corp Limited has another land-based casino called Deltin Denzong Casino, which operates in Sikkim in northeastern India. The company revealed that it hopes to locate its new project along the banks of the Terekhol River, found in Pernem, which is a city in northern Goa and is 35 miles from the Goa International Airport.

A statement by Delta Corp Limited says that the integrated casino resort they are planning is going to be the one of a kind for India, and is expected to improve tourism, employment, and developmental infrastructure within Goa.

The company has been growing steadily in recent years. Delta Corp Limited runs Adda52, a popular online poker and rummy platform, which it acquired through the iGaming operator Gaussian Networks with a price of $22 million in the year 2016. This year, upon finally receiving legal permission to build a land-based casino in Marriot Hotel in Kathmandu, it has made key moves in establishing itself as a casino industry giant. In October 2020, it also spent $2.33 million to improve its waterfront bases in Goa by acquiring a 45% stake in Waterways Shipyard Private Limited, an Indian shipbuilding and maintenance firm.

The gambling industry within India grows stronger every year, which is why the legalization of gambling within the country has been such a hot topic. The controversial issue has become an important point of discussion legally, especially now that the casino industry shows much potential in what it can offer the country’s economy, both through tourism and jobs.

Legalizing gambling in India would no doubt generate new jobs for those who would work in both online and land-based casinos. Opening up the legal doors to an entirely new, and very large industry would help sustain a significant portion of the country’s workforce. It would also help boost tourism, as gambling tourism is one of the most profitable forms of tourism anywhere in the world.

Companies all over the world now recognize the potential of the Indian gambling demographic, which is why they have already set their sites on establishing base with Indian players. Different gambling categories such as sports betting, especially IPL cricket betting, are becoming increasingly popular. There are now also online casino games based on traditional Indian games such as Andar Bahar and Teen Patti, in order to appeal to an Indian market. What these cultural games do is establish India as a force within the gambling industry worldwide.

This new year promises to bring exciting developments for India’s gambling market, both for online and land-based operators and players. While online casinos have already brought forth word of what kind of developments and improvements players can expect, land-based casinos like the one Delta Corp Limited operates and builds are also experience significant milestones. Building a land-based casino in a country where casino prohibition laws are still rocky is a mark of improvement, and encourages a vision of a future where gambling is legalized and regulated all across the country.