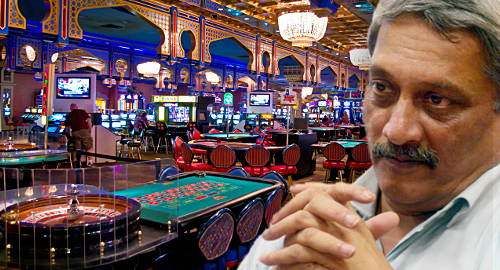 Some of the best online casinos in India are using a license from Philippine Amusement and Gaming Corporation or PAGCOR to operate and target the Asian market. But this may change after the Philippine Government imposed a tax increase on Philippine Offshore Gaming Operators on POGOs.

Under the new law known as Bayanihan 2, eGaming operators including those Indian casinos based in the country will have to pay a 5% tax on turnover replacing the previous 2% gross revenue tax.

This tax hike could bring opportunity for the Isle of Man as several online casino operators are looking to set up in the region to continue its operation.

Affinity Group, an Isle of Man-based company that guides and supports eGaming firms saw an uptick in inquiries from different online casino operators following the tax increase imposed by the Philippine government.

Alex Gardner, the director of Affinity Group company revealed that their company is receiving an influx of inquiries from different casino operators that seek a suitable license to continue their operation.

“The Philippines has historically been a jurisdiction chosen by Asian-facing operators but, following the recent negative press surrounding POGO and more recently the tax increase, we have seen an influx of inquiries from operators who are looking for a suitable license to either continue or start targeting the Asian market,” Gardner said in a press release.

According to Gardner, the Isle of Man is a perfect substitute for all casino operators including International online casinos that want to target the Asian Market.

“The Isle of Man is perfect for this having developed an international reputation as being a leader in the egaming industry and is already home to some of the biggest Asian facing operators in the world,” she said.

“As a company that has helped many start-ups and established companies through the Isle of Man Licence licensing process it is understandable that many operators are considering moving their operations from the Philippines,” she added.

Affinity Group is a services provider company in Isle of Man that guides several firms in different niches including the egaming sector through application and approval processes.

There are several real money online casinos that target Indian players based in the Philippines. Some of them are international casinos that only have an office in the said country. These casinos offer top online games including slot games, live dealer games, baccarat, online poker, and sports betting.

The newly enacted law is called Bayanihan to Recover as One Act which is also known as Bayanihan 2. The law seeks in collecting a 5% tax on turnover rather than revenue. The tax will be calculated on the peso equivalent of any foreign currency used based on the official exchange rate at the time of payment to ensure POGOs can’t under-declare their income.

Franklin Drilon, a senator in the Philippines said that the revenue from the tax will be used to close the gaps in the country’s relief fund during the health crisis. He believes that the new law will increase the country’s tax collection more than twice the amount last year.

“The Bayanihan 2 will more than double the tax collection from POGO, from Php7 billion (US$144.5 million) estimated collection in 2019 to approximately Php17.5 billion (US$361.2 million) this year because of the reforms we have introduced in the measure,” Drilon said in an interview.

“All revenues from POGO will be used to fund the various types of assistance laid out in the Bayanihan 2 for all sectors affected by the pandemic,” he added.

Failure to comply with the said provisions would amount to tax fraud and would be considered a violation of the country’s National Internal Revenue Code. The casino operator that will fail to pay the new amount of tax will not only lose their PAGCOR license, they will also be closed down. According to Drilon, the new Bayanihan 2 authorizes the Bureau of Internal Revenue to shut down the company operation.

Since March, 60 online casino operators were forced to close its operation because of the health crisis in the country. Right now, only 29 licensees have been granted permission to resume its operation