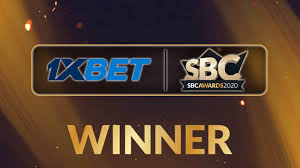 Ixbet, a giant online sportsbook and also one of the best online gaming websites in India won the eSport operator of the year award at the 2020 SBC Awards held last December 9.

It can be recalled that the online sportsbook was also nominated in the same category during the 2018-2019 SBC awards. This shows how serious the online gaming website and how their services continue to grow.

Aside from the Esports operator of the year award, the SBC award also gave 1xBet the title of “Highly Recommended” in two other categories. These are “Marketing Campaign of the Year” and “Sponsorship of the Year”.

In the statement released by the company, they mentioned that the company had a successful year in 2020 and the award they won in SBC awards became one of the proofs of that.

“Such success is very important for us, because the SBC Awards is already a brand in the betting industry, and the best of the best await the results of the ceremony every year. We were confident that 2020 was a successful year for 1xBet in many ways. Still, it’s always a pleasure to get the confirmation that you are an industry leader,” the company said in a statement.

The eSport operator award in 2020 was already the third recognition that 1xBet received from SBC Award. The company received several nominations since 2017. The company also won the Rising star in Sports Betting Innovation award at SBC awards 2018.

1xBet India is the title partner of some well-known eSports organizations such as Natus Vincere (NAVI) and Cascade Esports.

Due to the health restrictions, the 2020 SBC Awards was held in a completely online format. It’s the first-ever event SBC Award don online.

According to Andrew McCarron, Managing Director of SBC, the number of entries this year is the highest number they have received since the first launched of awards in 2014.

“Huge congratulations to all the winners chosen by our independent panels of expert judges. We had a record number of entries this year and the standard was the highest we’ve seen since launching the awards back in 2014, meaning the victors had to be truly exceptional to see off the competition,” McCarron said.

“2020 has been a uniquely testing year for the industry but, from the evidence of the awards entries, there have been a lot of positives to take. The innovation demonstrated by suppliers in the development of new products and services, coupled with the commitment of the operators to drive up standards suggests that the industry will enter the New Year in a strong position,” McCarron added.

SBC awards recognized 41 different gambling companies this year. There are 800 guests from different countries around the world who witnessed the award virtual ceremony.

SBC Awards is an annual event that is done to recognize the top-performing online casino operators, sportsbooks, affiliates, and payment solutions. The SBC awards night is one of the most awaited events in the online gambling industry. The winners are chosen by a prestigious jury vote, which includes more than 100 representatives of the gambling and betting industry.

1xbet is one of the giant online gaming websites that accept players in India. The online sportsbook and casino started operation way back in 2007. According to the websites, the Indian casino has 1,000 betting shops and over 400, 000 online customers to date. The casino accepts 64 currencies including rupees and supports more than 40 languages.

1xbet India has a special section for eSports betting. They cover several eSport tournaments around the globe for games like DOTA II, League of Legends, Mortal Kombat, FIFA, and World of tanks, Playgrounds, Counter-Strike, Tekken, StarCraft, Heroes, King of Fighters, and many more.